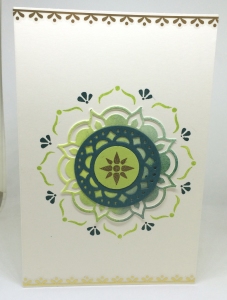 I wasn’t going to do any more projects with the Eastern Palace Suite for a while, I really wasn’t. Then I looked at my phone cover and got the inspiration for a card.

I started with some thick Very Vanilla card stock, Lemon Lime Twist and Tranquil Tide ink and some sponges. I sponged the background with the two colours and then used the largest medallion to cut the card. I then trimmed off the outer ring. One of the smaller circle thinlets was used on Tranquil Tide card which was layered on top.

It took me an age to decide what I wanted in the centre, but in the end I heat embossed in gold using one of the stamps from the Eastern Beauty set.

I found the centre of my Very Vanilla card front and attached the medallion I have created with wet glue.

With the Tranquil Tide and Lemon Lime Twist inks, and two or the Eastern Beauty stamps I added some decoration around the medallion, and then finished the card with two of the strips of stickers.

I love it. These two in-colours are just gorgeous together and a gold highlight or two finished the card off perfectly. 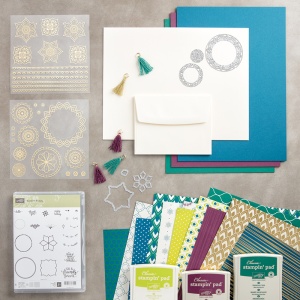 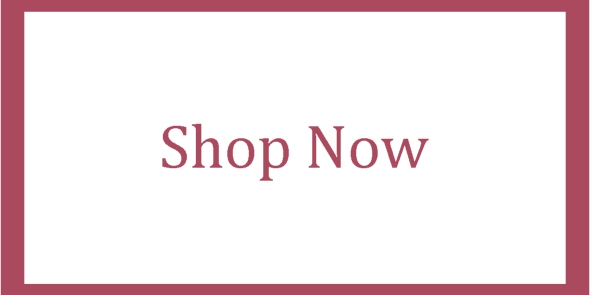